The present chapter explores the factors that have been found to play an important role in life satisfaction and adjustment to retirement. These factors are many and varied, and they range from the social, economic, psychological, health, lifestyle to the belief systems of the individual (Calasanti, 1996; Cronan, 2009; Donaldson, Earl & Muratore, 2010; Edelman & Fulmer, 1990; Kim & Moen, 2001; Rothchild, 1996; Thompson, 1996). The literature that has been surveyed is based on research conducted mostly in the west especially in the United States of America. Despite the fact that the phenomenon of retirement has been around for many decades in South Africa, there is a paucity of local research in the field of retirement. Where research does exist, it is, however, haphazard.
There are both internal factors (e.g. self-efficacy) and external factors (e.g. social support) that have an influence on adjustment to retirement and the experience of life satisfaction during retirement (Havighurst & Neugarten, 1969). This assertion points to the fact that retirement does not happen in isolation but rather that it takes place within the context of other critical life events and losses such as ill health and the death of a spouse (Spiro & Kressin, 1996; Sullender, 1989). Other researchers, for example, Levinson and colleagues (1978), also pay attention to the context of retirement and are of the view that the structure of society is reflected in the individual’s life structure and will therefore influence retirement to a certain extent. As they point out:
‘The structure of society is reflected in the self and the life structure. Every man’s life gives evidence of his society’s wisdom and integration as well as the [its] conflicts, oppressions and destructiveness… A man’s particular external world presents significant meanings, feelings, identities and myths which he selectively uses and internalizes. It provides invitations to heroism, martyrdom, empty conformity, bitter and zestful struggle”. (p. 48)
Factors influencing adjustment to retirement and the experience of life satisfaction during retirement are many and varied (Calasanti, 1996; Kim & Moen, 2001; Neuhs, 1990), and they range from the expectations of what retirement entails (George & Maddox, 1977; Joubert, 1999); financial planning (Jordaan & Heystek, 1993; Swart, 1996), individual lifestyle to the environment in which a person lives (Edelman & Fulmer, 1990) among others. In his study, Fisher (1992) found that “good health, financial stability, contact with family and a general fulfillment of expectations from earlier in life” (p. 196) are used to a degree to describe life satisfaction in later life. The meaning of work and attachment to work can also influence an individual’s adjustment to retirement and the experience of life satisfaction during retirement (Sullender, 1989).
The complexity of the retirement process is the one reason why retirement is often viewed as a crisis. Part of the reason for this assertion is that retirement has been approached within the framework of a significant life event and transition, and like other life transitions, it is assumed that it generates a crisis and leads to a crisis of identity (Lipman & Osgood, 1982; McGoldrick & Cooper, 1994). Other researchers like Sullender (1989) and Theriault (1994) have compared retirement to the process of mourning. This is due to the fact that they view this as a period of loss in which people lose a meaningful and significant part of their lives namely their occupational role. For this reason, it is said that people embarking on retirement have to go through the mourning phase. Researchers such as Bosse, Spiro, & Kressin (1996) and Theriault (1994) have pointed out that the process of retirement generates a degree of anxiety especially during the period before the actual retirement. The initial view of retirement as a crisis has however, been challenged and criticised by several researchers (Atchley, 1982; Bell, 1975; Bosse et al., 1996; Bosse et al., 1991; McGoldrick & Cooper, 1994). Beck (1982) has found that leaving work does not necessarily present a negative effect on happiness and concluded that the view of retirement as a crisis has been influenced by the ideological bias according to which retirement is a crisis. This view is shared by George and Maddox (1977), who found that retirees still maintained a sense of general well-being despite the loss of the work role due to retirement. Bell (1975) also criticised the view that retirement leads to a crisis on the basis that it is rather deterministic.
In a review of research on retirement as a crisis, McBride (1976) found that the view that retirement generates a crisis is largely unsubstantiated by research. She is of the opinion that this view is predominantly based on the stereotype of the importance of the occupational role in a person’s life. It has been found in several studies that the number of people who were dissatisfied with their retirement was less than half of the total number of people. The percentage of retirees found to be unhappy ranged from 11.2%, 24% and 30-33% of those who were involved in the research studies (Beck, 1982; Bosse et al., 1991; McGoldrick & Cooper, 1994).
Although the view of retirement as a crisis has not been supported by research, findings with regard to the relationship between life satisfaction and adjustment to retirement have in general been inconsistent (Kim & Moen, 2001). Part of the contradiction could be attributed to the fact that some researchers view all retirees as a homogeneous group and do not take into account the influence of, for example, gender and race (Calasanti, 1996; Kim & Moen, 2001). Braithwaite, Gibson and Bosly-Craft (1986) attribute the contradiction to some researchers’ view that adjustment to retirement is a one-dimensional process which clearly is not.

Further factors that play a role in life satisfaction and adjustment to retirement are the individual’s self-efficacy (Bandura, 1982; Luthans, 1995; Neto, 2001; Neuhs, 1990) and self-esteem (Coleman, 1996). An individual’s self-efficacy can either be high or low, and is related to how people deal with difficult and challenging situations. Individuals with a high sense of self-efficacy are capable of doing well in challenging situations and dealing with stress (Bandura, 1978; Luthans, 1995). There are also indications that self-efficacy influences other outcomes such as recovering from surgery and goes across situations such as dealing with unemployment as well as adjustment to retirement (Eden & Aviram, 1993).
Bandura’s (1982) assertion that self-efficacy is related to the judgement of how well a person can execute courses of action to deal with prospective situations can be extended to dealing with adjustment to retirement and the experience of life satisfaction during retirement According to the concept of self-efficacy, retirees who have confidence in their personal abilities to perform a task and feel in control are likely to experience a strong sense of life satisfaction and are likely to adjust better to retirement than those retirees with a low sense of self-efficacy. This is closely associated with a person’s level of self-esteem. People with a high sense of self-esteem cope better with difficult and challenging situations, as opposed to persons who do not have confidence in their own abilities. As a result, people with less confidence are likely to encounter adjustment problems in retirement and are also likely to experience lower levels of life satisfaction. This is based on the observation of the reciprocal relationship between self-esteem and life satisfaction (Neto, 2001; Neuhs, 1990). In this case, self-esteem can be both the cause and the effect of life satisfaction (Neto, 2001). The view is consistent with Armstrong-Stassen’s (1994) assertion that people with an optimistic outlook and a strong sense of mastery cope better with taxing demands that are placed on them than pessimists and people who feel powerless to do anything about their situation.

A further factor that could be used to explain the experience of life satisfaction during retirement and adjustment to retirement is the attributions and self-comparison used by individuals in interpreting their situation (Coleman, 1996). Attribution styles are to a large extent influenced by the individual’s locus of control. An individual can have either an internal or an external locus of control. Individuals with an internal locus of control feel in control of their situation and attribute success and failure to their abilities and efforts. On the other hand, individuals with an external locus of control see themselves as being at the mercy of the environment and sometimes attribute success as being a function of luck and chance (Abramson, Seligman & Teasdale, 1978). As pointed out by Lavalle, Grove and Gordon (1997) and Van Solinge (2008), people who retired voluntarily and had high internal attribution were more satisfied with their retirement and adjusted better to retirement than individuals who retired involuntarily. Thus, attribution plays an important role in the experience of satisfaction with life and adjusting to and coping with retirement.
According to Coleman (1996), the elderly cope better with threats to their lives through attributing failure to external factors and comparing themselves with those doing less well. These findings are similar to that of Heidrich and Ryff (1993), who found that the elderly often engage in social comparison and look at someone who is worse off than they are. In their study on the effects of social comparison and adjustment to aging Rickabaugh and Tomlinson-Keasey (1997) found that subjects who use downward social comparison shows that personal growth and maturity have an increased level of optimism and life satisfaction.
The above discussion is supported by Gibson (1982), Papalia, Camp and Feldman (1996) and Richardson (1999). Papalia and colleagues (1996) reported that more than 90 percent of the elderly in developing countries are not in a position to meet their basic needs. Despite this, however, they were found to be content with their lives. Gibson (1982) found that blacks have more staying power than whites despite their low economic status. She attributes this to the fact that blacks use prayer more, and they have a variety of informal support networks available to them. Richardson (1999) points out those African-Americans adjust well despite their adversity. The reasons for their adjustment are not clearly stated by Richardson. It can be speculated that the elderly are not complaining because they see themselves as being in a fortunate position just to be alive. Another reason could be that the elderly do not complain about their life situation because they have resigned to their situation, and have adapted to what they cannot change (Ryff, 1989). This implies that there are factors that play a role in the adjustment to retirement that have not been unearthed as yet. 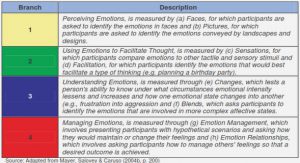 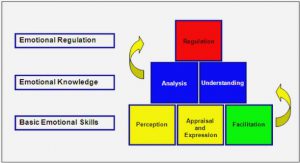 The application of AI in recruitment 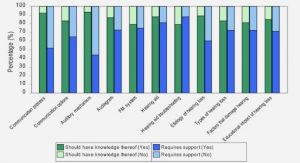 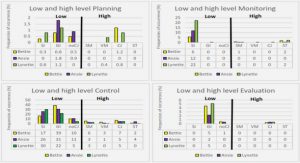 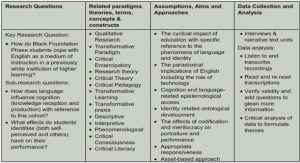 MAJOR ASPECTS OF PROFESSIONALISM FOR TRAINERS